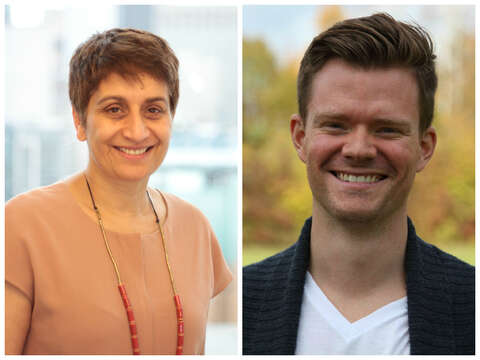 The Fountain of Youth has been discovered and it’s not in Florida as Ponce de Leon claimed. Instead, it was found in the mammary glands of genetically modified mice.

A research team led by Professor Rama Khokha has found that when two factors that control tissue development are removed, you can avoid the impact of aging.

Think of tissue as a building that is constantly under renovation. The contractors would be “metalloproteinases,” which are constantly working to demolish and reconstruct the tissue. The architects in this case, who are trying to reign in and direct the contractors, are known as “tissue inhibitors of metalloproteinases” — or TIMPs. When the architect and the contractors don’t communicate well, a building can fall down. In the case of tissue, the result can be cancer.

To understand how metalloproteinases and TIMPs interact, medical researchers breed mice that have one or more of the four different types of TIMPs removed. Khokha’s team examined the different combinations and found that when TIMP1 and TIMP3 were removed, breast tissue remained youthful in aged mice. The results are presented in Nature Cell Biology.

In the normal course of aging, your tissue losses its ability to develop and repair as fast as it did when you were young. That’s because stem cells, which are abundant in your youth, decline with the passing of time. The U of T team found that with the TIMP1 and TIMP3 architects missing, the pool of stem cells expanded and remained functional throughout the lifetime of these mice.

“Normally you would see these pools of stem cells, which reach their peak at six months in the mice, start to decline. As a result, the mammary glands start to degenerate, which increases the risk of breast cancer occurring,” explains Khokha. “However, we found that in these particular mice, the stem cells remained consistently high when we measured them at every stage of life.”

The team also found that despite large number of stem cells, there was no increased risk of cancer.

“It’s generally assumed that the presence of a large number of stem cells can lead to an increased cancer risk,” says Khokha. “However, we found these mice had no greater predisposition to cancer.”

The next step in this research is to understand why this is happening. Khokha is also working with her colleagues at Princess Margaret to see how altered tissue remodeling might prevent cancer development or lead to a new therapeutic treatment for patients.

Khokha is a Professor in the departments of Medical Biophysics and Laboratory Medicine and Pathobiology, as well as a Senior Scientist at the Princess Margaret Cancer Centre. Her work is supported by the Canadian Breast Cancer Foundation and the Canadian Cancer Society Research Institute.

She was drawn to this research by the complexity of breast tissue.

“It’s a fundamental tissue that is constantly reorganizing. It develops at puberty. It goes through cycles of change in the adult female. New structures appear and regress,” she explains. “It is therefore a good system to explore in order to understand tissue maintenance and epithelial cell turnover - the cells that underlie carcinomas, the most frequent type of cancer.”

She worked closely with the paper’s lead author, Dr. Hartland Jackson, who earned his PhD under her supervision. He is now completing a post-doctoral fellowship at the University of Zurich’s Institute of Molecular Life Sciences.

“He’s continuing his work in breast cancer and learning some really interesting techniques that, I hope, he’ll bring back here,” says Khokha, who beams with pride at her former student’s success.