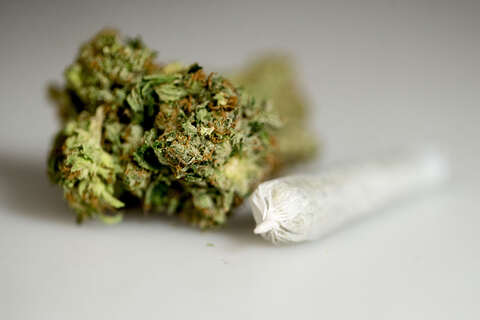 After cannabis becomes legal in Canada tomorrow, its availability is bound to spread like, yes, a weed. Ordering marijuana for recreational use is expected to be as simple as ordering a pizza. The historic change has been called a huge social experiment, but Ruth Ross (pictured right), a prominent cannabis researcher at the University of Toronto, wonders if people realize just how huge an experiment it will be.

In this recent interview with medical writer Carolyn Abraham, Ross, director of the Centre for Collaborative Drug Research and chair of the Faculty of Medicine’s pharmacology and toxicology department, discusses how much remains unknown about the health effects of this ancient plant.

Why does cannabis tend to have such a broad and varied impact on mind and body?

It so happens that cannabis acts on the body’s endocannabinoid system. The system is part of our natural physiology of receptors and signals that control certain processes in our body. So we have cannabinoid receptors all over the brain and endocannabinoids are released (naturally in the brain) to do certain things. They are released in your hypothalamus, for example, when you're feeling hungry, to stimulate appetite. They might be released under various stressful circumstances to relieve pain potentially; for example, as an analgesic. The system is completely separate from anything to do with cannabis, but it just happens that THC (tetrahydrocannabinol, the main psychoactive ingredient in cannabis) also binds to these receptors.

Everyone knows how cannabis affects appetite (a.k.a. the munchies), but of course you have loads of receptors in different parts of your brain. So when you take THC, it affects appetite but also simultaneously lots of other brain areas that affect how you think and feel.

What should people know about the effects of cannabis, especially if they have little or no experience using it?

The effect of cannabis in a first-time user will depend on a number of factors. There may be little effect in some people but others may be particularly be susceptible or vulnerable to its effects. There’s just a lot we don’t know. Things affect different people in very different ways depending on their genetics, their physiology, the dose or whether they’ve used before. With other things that people might use, like tobacco or alcohol, we know so much about how they might react because we've been studying these things for a long time. We know people can make informed decisions about what they do or don't choose to do. With cannabis, there's a lot of unanswered questions, particularly in this new landscape of high doses and the potential of combining alcohol and cannabis. In the 1960s or ’70s, for example, the THC content of cannabis was around three to five per cent; now it can be over 20 per cent or even 60 per cent in some edibles.

Cannabis on campus: U of T ramps up efforts to educate students, staff and faculty

Some people might feel sleepy, they may feel hungry. Other people, if they have a certain susceptibility, especially if they use a high dose, may feel paranoia, fear, anxiety or something like that. They may be not safe to drive or go to work. There are a lot of variables here so that's why it's hard to predict.

Why would the response to cannabis vary so much when each of us has an endocannabinoid system upon which the drug acts?

Some people have imbalances in their endocannabinoid system, and the system can also be imbalanced in certain conditions. So there may be an over-production or under-production of (natural) cannabinoids and when someone takes cannabis, they're affecting this system in their bodies that's really quite finely tuned to control various things.

So if someone unknowingly has this imbalance in their system that’s causing a problem, then using cannabis could potentially make this worse, or you might make it better and it could rebalance things.

And the pharmacology of THC is complicated: It depends on the individual’s physiology, the dose, and how you take it, if you smoke it, or if it’s an edible.

How common are these imbalances in people’s endocannabinoid systems?

That is still the subject of research – and that's what I mean about there being so much we don't know. We know a bit about how the endocannabinoid system is involved in certain functions. We know quite a lot about its role in appetite, for example. In other scenarios, like psychosis, schizophrenia, and anxiety, we've got some information, but there's still a lot we still need to understand. We just need to do loads more research.

What do we know about the cognitive effects of cannabis?

The endocannabinoid system does a whole bunch of things in your brain that affects your mood and behaviour. So taking THC just kind of messes with that system, potentially interfering with mood control, attention, memory and motivation. For example, cannabis affects the hippocampus, that part of your brain that stores memories, so the ability to recall things and retain information in the short term while you’re under the influence of cannabis would be impaired. It affects your short-term memory acutely, so that makes it tricky to study for exams and to remember things. It’s not clear if it can have any permanent effects on short-term memory. Again, we’re in the realm of unknowns, where this may depend on the dose, or how much of the drug you’ve taken, or what you’ve taken it with.

Does regular cannabis use pose particular risks to the developing brains of teenagers and young adults?

The brain seems to be particularly susceptible to more permanent effects if you're exposed to the drug during developmental window of adolescence right through until age 25 or 26.

Obviously the more you take, the earlier you start, the more frequently you use, and the higher the doses used in that particular window, the more you may find the effects may be irreversible. But someone might be susceptible to some of these harms at any age. Potential harms are not exclusive to adolescents and young adults.

Time will tell what percentage of people are susceptible to adverse effects and, of course, we can’t necessarily predict this in advance. There are currently no genetic tests available to the public that would identify who may be vulnerable to the drug. Scientists have identified two or three genes that increase susceptibility, but there may be others and we are just at the beginning of understanding that.

Some estimates suggest that one in 10 people could become addicted to cannabis. But the concept of cannabis addiction is controversial. Is it possible to become an addict?

Well, things like opioids are what we define as highly addictive because there’s a major physiological consequence and major withdrawal symptoms when you stop using these drugs. With cannabis, it’s what we call a ‘dependence’ scenario known as a Cannabis Use Disorder. The definition is that you've become dependent on it psychologically, or physiologically. You want to quit, but you just can’t. You feel that it's affecting your life in ways you don't like – your motivation or your mental heath – but you find it hard to stop. A small but significant percentage of people will develop Cannabis Use Disorder or dependence on cannabis and require treatment.

Can you overdose on cannabis?

People say that cannabis never killed anyone, and that’s true on a physiological level. Again, it's not in the same box as opioids at all. Opioids cause respiratory depression and you stop breathing, so that's why people die of overdoses. Alcohol is also toxic at high levels. With cannabis, you don't have the same kind of physiological toxicities. It’s not going to cause you to stop breathing. But at high doses there can be nasty and dangerous effects. You can get hyperemesis, which is continuous vomiting – that's a unpleasant side effect. It can also affect people’s blood pressure quite significantly.

At high doses or for first-time users or those who are susceptible, you may feel paranoid and get an acute psychosis, which could potentially lead to harm. With edibles, for example, the problem is that they have a delayed effect and people think nothing is happening, so they eat a whole chocolate bar instead of a small bit. Then once it’s metabolized, it becomes a very, very high dose within their brain. If people became highly fearful or anxious, they may come to some harm and should be taken to emergency where they will be safe until the effects wear off. Now for most people who develop an acute psychosis, this wears off when the drug is out of their system. But a small percentage of people may develop a long-term illness triggered by this psychosis. Again – much more research is needed.

What do you see as the potential benefits of legalizing cannabis?

Well, having a safe source of cannabis that’s not contaminated with pesticides or laced potentially with other drugs is a good thing.

But there's also a lot of misinformation in terms of the therapeutic benefits of cannabis. Only two things that have really been clinically proven in which THC is effective, and that's for pain in multiple sclerosis, and for treating nausea associated with chemotherapy. So anything you read online, or in advertising promotions for products that say this or that strain is good for anxiety, or this one's good for depression, is not based on solid clinical evidence. In fact, it may turn out that it actually makes these things worse.

It's really important that we do good research on the therapeutic effects and the potential harmful effects – we need proper controlled clinical studies.  Hopefully legalization and the revenue generated from this will lead to increased government funding for these kinds of crucial studies.

Legalization needs to be accompanied by some very strong public health education material and we need to do a lot more research so people are aware of all the potential outcomes of cannabis exposure.