University of Toronto Faculty of Medicine researchers have uncovered a genetic basis for fundamental differences between humans and other vertebrates that could also help explain why humans are susceptible to diseases not found in other species.

Scientists have wondered why vertebrate species, which look and behave very differently from one another, nevertheless share very similar repertoires of genes. For example, despite obvious physical differences, humans and chimpanzees share a nearly identical set of genes.

The team sequenced and compared the composition of hundreds of thousands of genetic messages in equivalent organs, such as brain, heart and liver, from 10 different vertebrate species, ranging from human to frog. They found that alternative splicing — a process by which a single gene can give rise to multiple proteins — has dramatically changed the structure and complexity of genetic messages during vertebrate evolution.

The results suggest that differences in the ways genetic messages are spliced have played a major role in the evolution of fundamental characteristics of species. However, the same process that makes species look different from one another could also account for differences in their disease susceptibility. 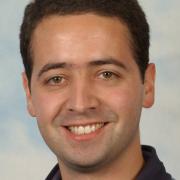 “The same genetic mechanisms responsible for a species’ identity could help scientists understand why humans are prone to certain diseases such as Alzheimer’s and particular types of cancer that are not found in other species,” says Nuno Barbosa-Morais, the study’s lead author and a computational biologist in U of T Faculty of Medicine’s Donnelly Centre for Cellular and Biomolecular Research.  “Our research may lead to the design of improved approaches to study and treat human diseases.”

One of the team’s major findings is that the alternative splicing process is more complex in humans and other primates compared to species such as mouse, chicken and frog. 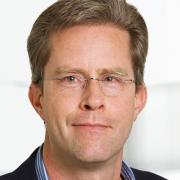 “Our observations provide new insight into the genetic basis of complexity of organs such as the human brain,” says Benjamin Blencowe, Professor in U of T’s Banting and Best Department of Research and the Department of Molecular Genetics, and the study’s senior author.

“The fact that alternative splicing is very different even between closely related vertebrate species could ultimately help explain how we are unique.”

The study, “The Evolutionary Landscape of Alternative Slicing in Vertebrate Species”, is published in the December 21 issue of Science.